The client, a multinational company with a brand oriented towards the citizens, decides to invest in the public space, in front of their own property. Respecting the client’s brief, our proposal develops based on the site’s and context’s analysis.

Prior to the intervention, the public space presents a series of weaknesses. Physically and morally degraded, with a high level of acoustic, visual and noxious pollution, the area lacks  spatial and formal coherence, lacks circulation spaces and adequate entries in the building, lacks proper signaling and includes a traffic conflict.

The intervention’s goal is to rehabilitate and to render the public site to the local community, following the principles below.

First of all, the proposal emphasizes the vocation of the public space. Meeting places are marked in the vicinity of the building entrances, while the 2 main areas are defined as: playground for all ages and a multi-functional community area, including a friendly space for public debates, film projection, community meals, fairs.

Second of all, the proposal has a strong focus on the growth and modeling of green areas (low, medium, high) so to lower the level of pollution and to orient and organize the space towards the ground-floor facilities of the neighbor building. The green areas alternate with natural materials such as fine gravel, sand, rubber tartan.

Last but not least, the materials were chosen in order to facilitate the understanding and the use of the public space, while the color game makes the playground unique. 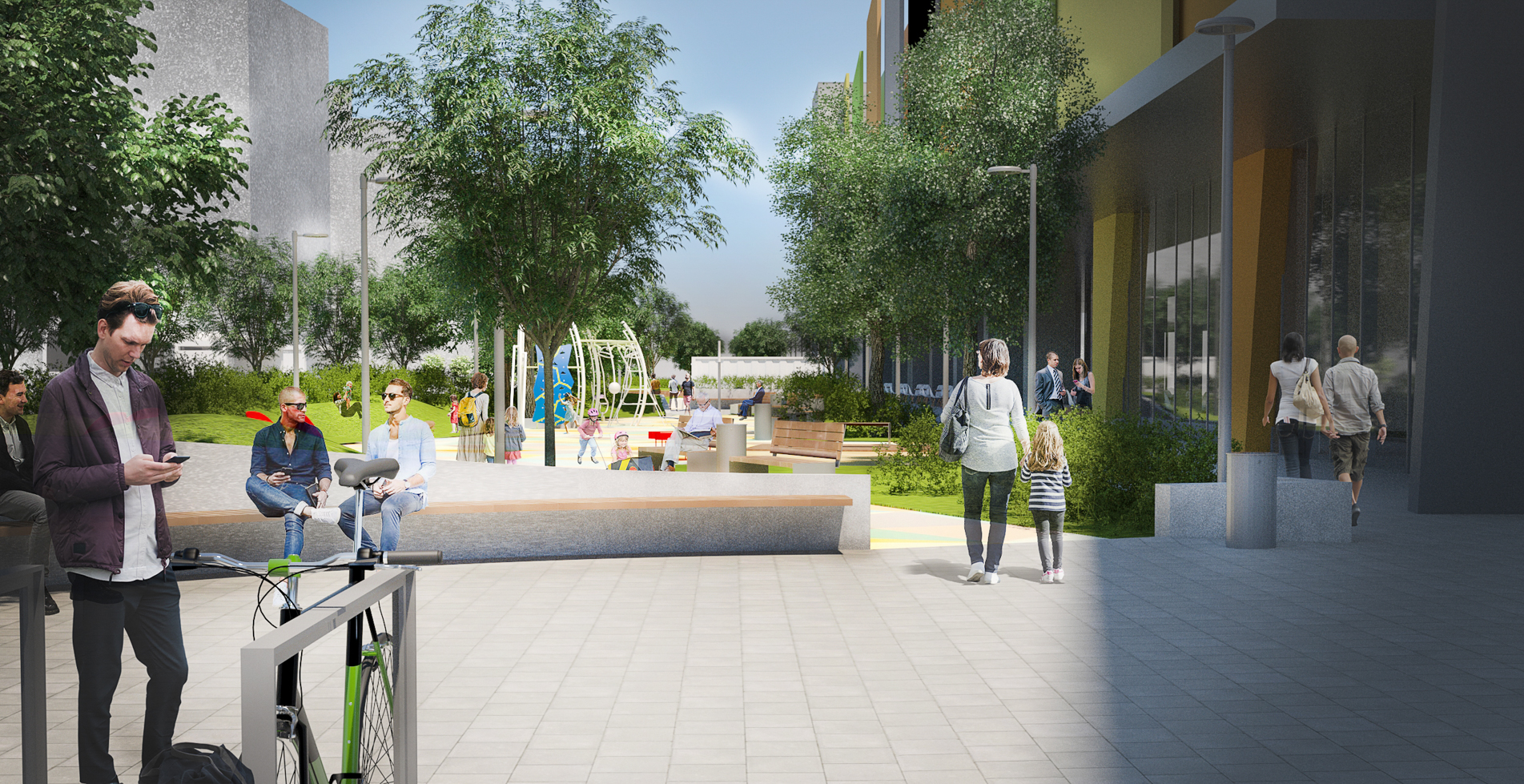 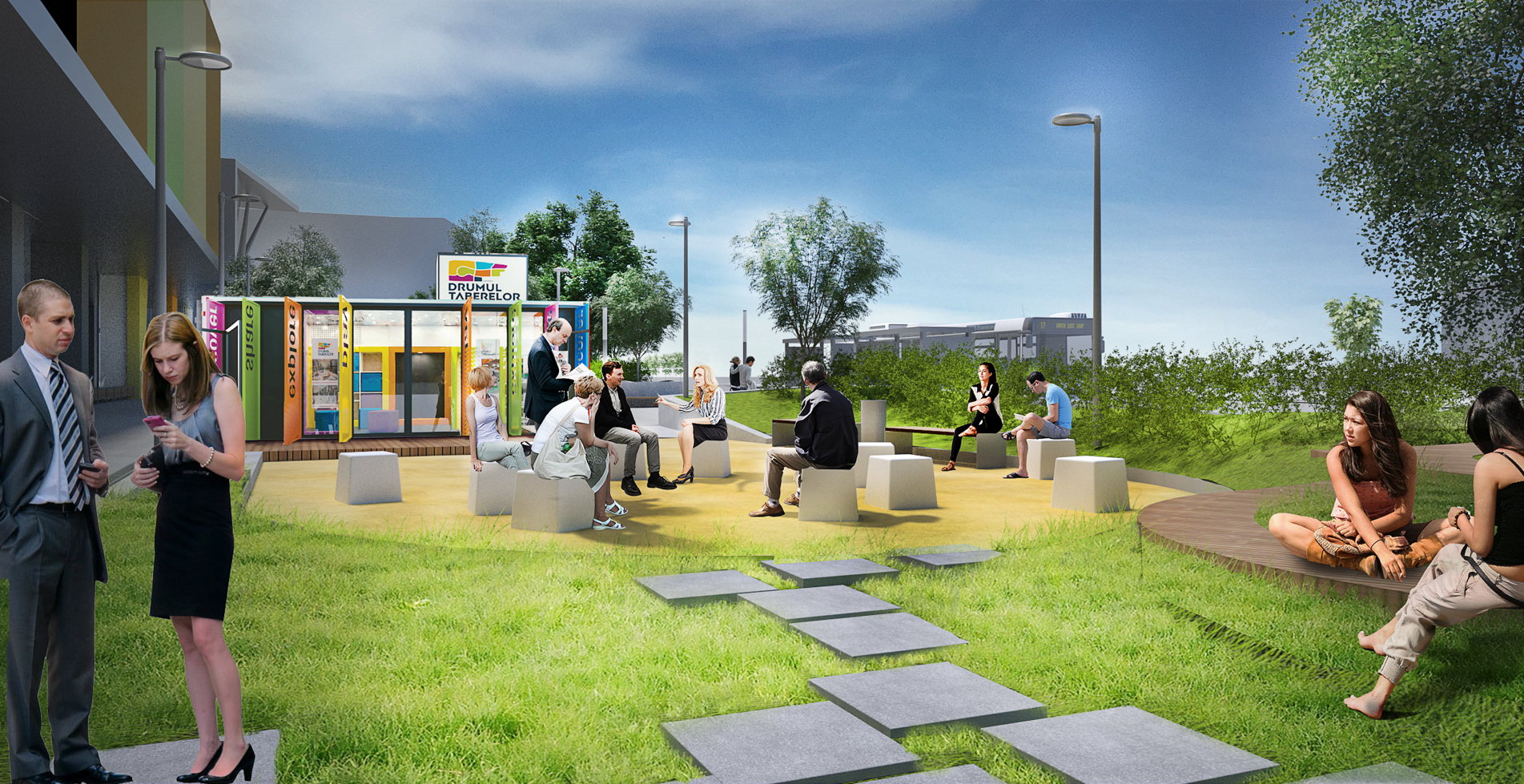 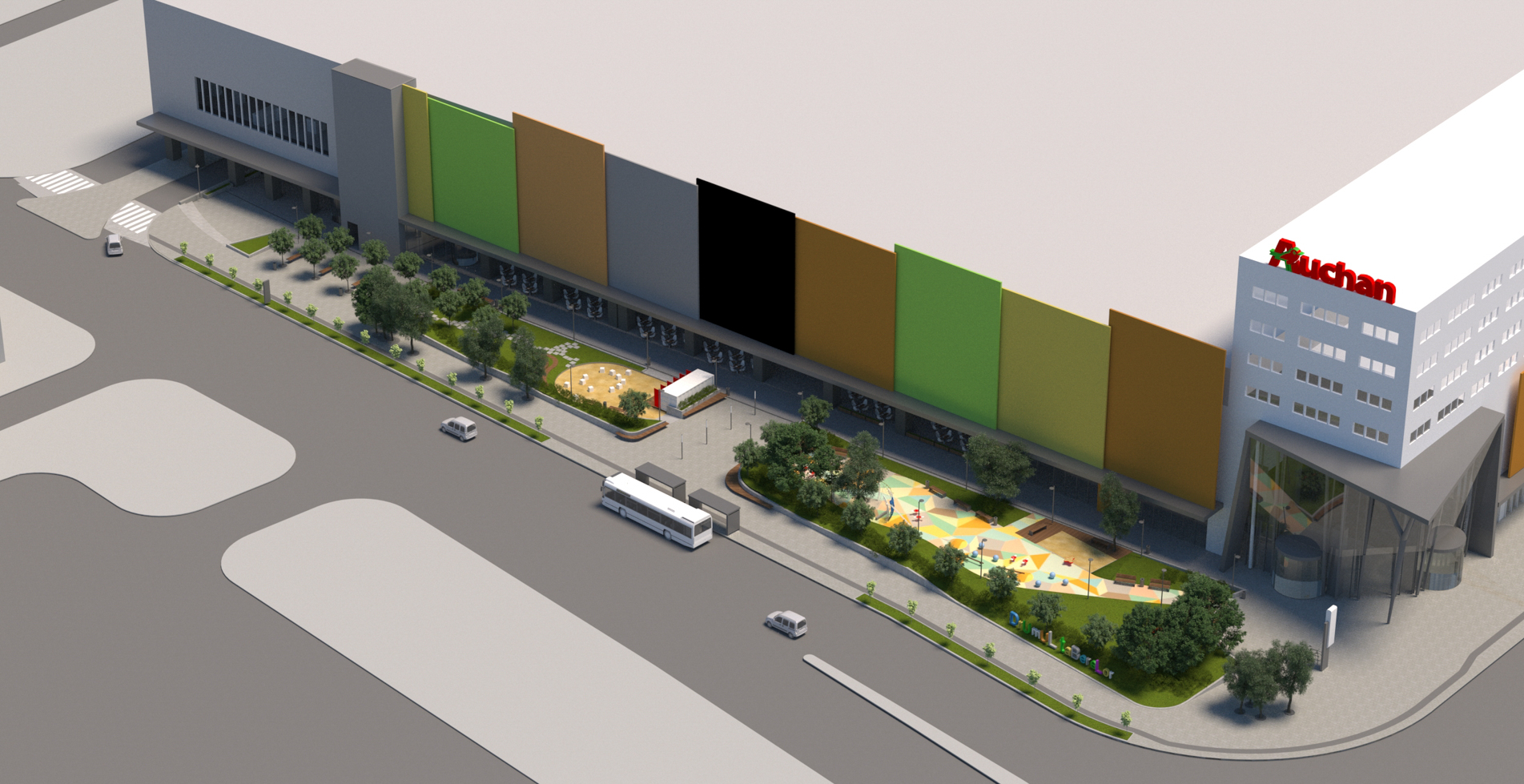 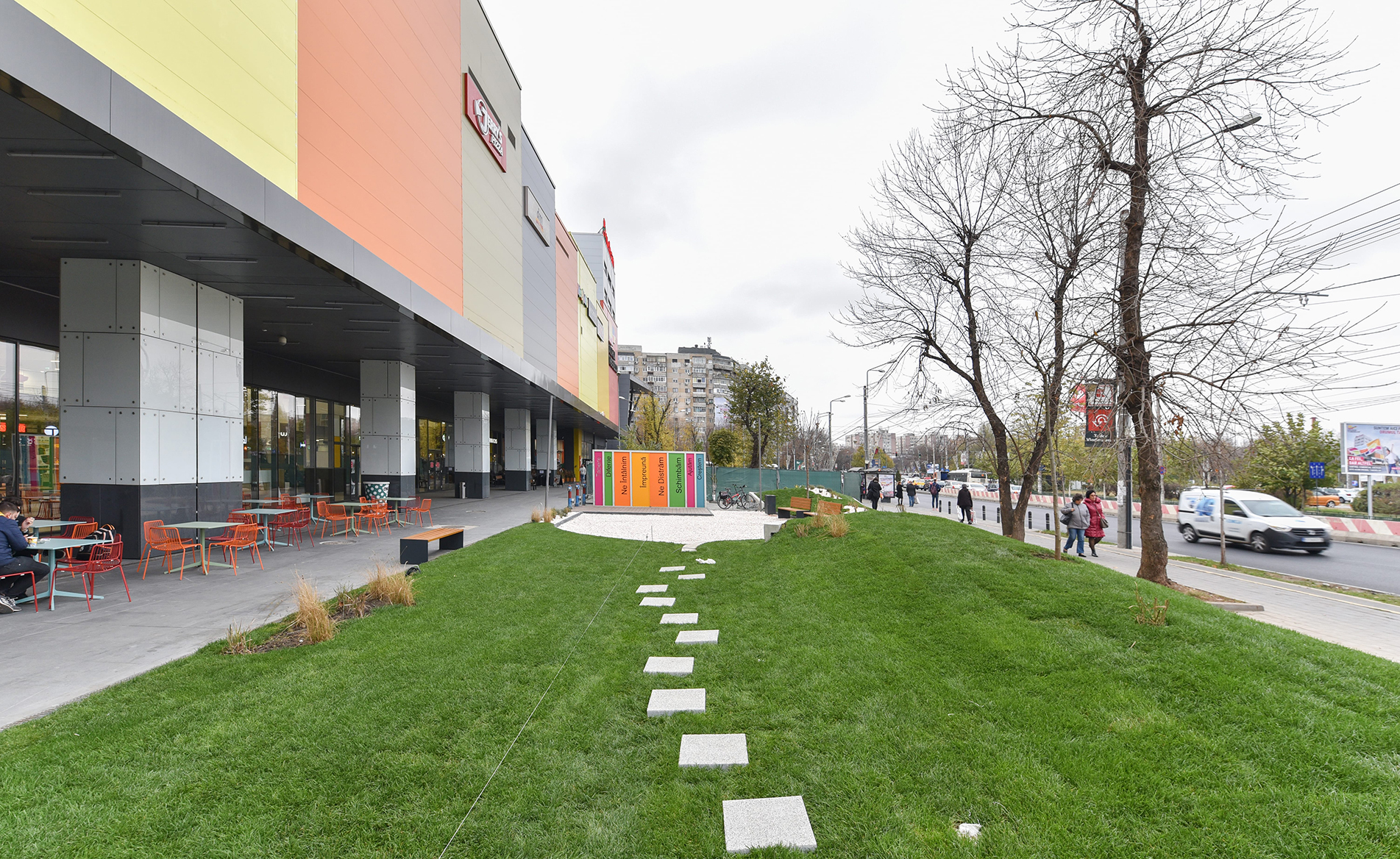